Making a prank call today can be daunting for a first-timer. When mischievous acts can land you on the wrong side of the law, it often begs the question – is pranking in general even worth it? 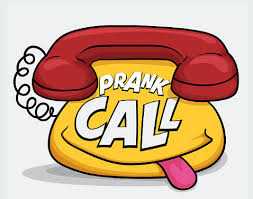 When attempting a prank call, it’s essential to keep your personal details secure as Callers IDs are often accidentally exposed to their recipient.

However, ever since prank apps have burst onto the scene, it has become increasingly safer to make fun prank calls.

Not only do apps ensure user anonymity, but they provide a variety of cool features that couldn’t have been possible without a smartphone.

All cool benefits aside, we’ve decided to gather our favourite prank calling apps released so far – saving you the trouble of downloading the bad ones. Lets begin!

However, did you know their prank call app is equally as good?

OwnagePranks has a prank dial app that offers over 100 prerecorded calls, each containing a unique fun scenario to fool your friends with. Prank scripts include a neighbour asking for your Wifi password, a pizza delivery guy insisting an order is on the way, and so much more.

Like their channel, superb voice acting and originality of scripts make this app a standout among similar apps today.

For automated calls to sufficiently fool people, the developers of OwnagePranks implemented a speech recognition Ai for every prerecording available. This Ai can quickly analyze conversations, recognizing keywords to respond at the right times. Because of this unique feature, downloading this app for a prank call is a far better choice than using a soundboard online.

When first attempting a prank call, it’s quite normal to fumble and stutter when delivering prepared lines.

Poorly executed prank calls can often leave the other person on the line shaking their heads. However, if you’ve been practising your improv skills, take your prank calls to the next level by using a voice changing app.

Call Voice Changer may provide superb sound effects to transform the way you sound instantly. In addition to high-quality sound effects, the app grants the ability to make voice transformations during a live call. Most voice changing apps lack this feature as a speech recording is required before making a prank call.

Perhaps the only downside of this app is that you must pay per minute to make a call. However, the app’s demo mode somewhat negates this. The demo allows users to apply wanted effects beforehand, so you know how you sound before the real prank call.

This all in one fake calling app really does it all – from bogus incoming calls to manipulated text messages, pranksters have become spoilt for choice.

Fake Call & SMS is a fake call simulator, enabling users to arrange and make incoming calls. Calls are only simulated, so it’s entirely your decision on the prank you play, and what’s been said on the phone.

The app is convenient to everyday situations, and perhaps most used to escape tight or dull situations. Want to leave your work meeting with a reasonable excuse? Make an incoming call, and pretend you have an emergency that desperately needs attending too.

Similarly, it’s SMS feature can do the same, but it’s far more effective in providing visual proof to trick friends and family. Trick your girlfriend into thinking a ‘friend’ is sending your flirty texts, or trick the kids by showing them a text from Santa. Remember, the prank you play is completely up to you – be as creative as you like!

For all prank calls and SMS, the app saves your all handy prank work in their call logs. Users can see call durations and the exact date and time the incoming call was made.

Review of a popular service for creating Android application

How to Choose the Right SEO Company for Your Business