Andromo is an android app builder development company the Andromo was established in the year 2010 and has helped over 780,000+ app developers complete their dreams. They provide an easy-to-use platform where you can build amazing android and iPhone apps, It gives your business a competitive edge and creates an opportunity for earning money for yourself or your business. 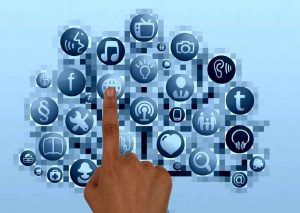 Andromo App builder user interface is native and is easy to use!

Andromo has the fastest technology for apps, the process takes just a glance of time.

Andromo is on track to regularly bring new features and updates to improve mobile apps.

Andromo has everything to support monetize Apps, this is doubtlessly the best platform to build!

React Native is an open-source mobile application framework Built by Facebook, Inc. you can develop a wide range of applications for iOS Android, Android TV, Windows, macOS, and tvOS, by enabling developers to use React’s framework along with native program abilities.

Xamarin is built and owned by Microsoft company founded in 2011. Xamarin helps you develop fully native mobile apps in C# and .NET using the very same macOS APIs as you will for Objective-C or other projects. Use. NET app, enabling you to be more productive and build apps faster than ever across all other application software.

Xamarin helps you develop fully native Mac apps in C# and .NET using the very same macOS APIs as you would for Objective-C or Swift projects. You can likewise build your user interfaces directly in C# code, or use Xamarin’s lead integration with Xcode, you may use Xcode’s Interface Builder.

Xamarin requires coding knowledge to build mobile apps. You can use it to resolve many different business issues through applications built on the Xamarin platform.

Eclipse is known for Java Integrated Development Environment (IDE). You can easily combine language support and other features into any of our default packages.

Eclipse is a complete product that brings together a lot of functionality that helps the developer to move forward with his/her projects easily and effectively. It is simple and very practical with the keyboard shortcuts you can easily switch from one function to another without any difficulty.  It has a marketplace that allows installing plugins directly on the Eclipse interface without manually downloading and importing.